The Part Where I Realized I Was My Clients’ Families 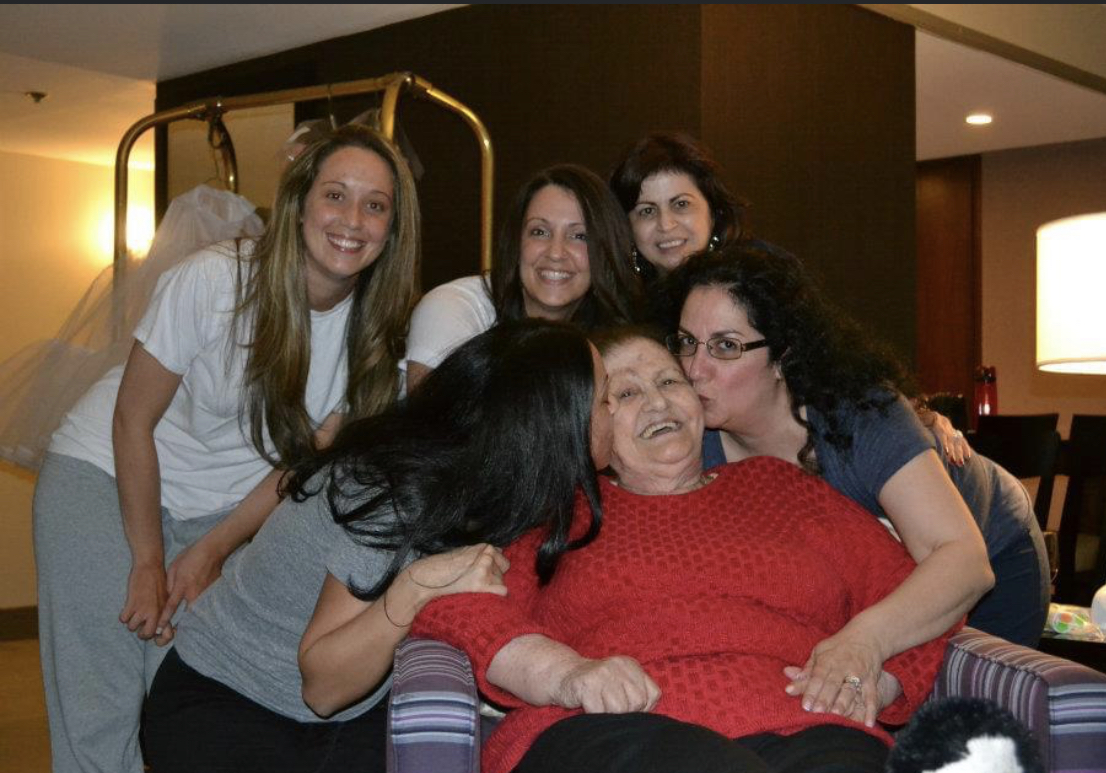 Back in my grandparents’ house, we decided to get the house ready for when grandma came home, because she was definitely coming home (We are Italian, after all!). We all chipped in, pulled up all the carpeting, threw out all the throw rugs, tossed some clutter, and hired Back Home Safely to install a new railing and to ensure the house was safe and functional.

Back at the rehab grandma was making progress. She was getting PT 2x/day, her vitals were regulated and after almost three months of me annoying her to push herself she was walking with a walker on her own and would even walk on her own holding my arm.  Yet again, my grandmother showed her strength, defying all the doctor’s predictions that she would never walk or even stand again. The good thing….

SHE MADE IT TO MY WEDDING!

Eric then started drafting estate planning documents since my grandparents, both age 82, did not know they needed them. He also went over all their financials (which took all of about 10 minutes since they had nothing) and advised us to apply for Medicaid to pay for grandma’s care at home.

Grandma was about to come home in need of care and they were in no position to pay for it nor accept it mentally. We had spoken to the rehab about requesting the PAS so that she would be covered for her stay in the rehab as well as the soon-to-be care at home. The PAS is an extremely important request often overlooked due to the overwhelming care responsibilities families have getting their loved one back into “good health”.

I started the Medicaid application, collecting all the documents and financials the County requested. As I stated in an earlier post, it should have been a simple Medicaid application since they had nothing left. Well…. SURPRISE, SURPRISE. We knew that my aunt was on all the bank accounts since she lived with my grandparents and helped them with the bills but didn’t know it would possibly cause a penalty. My aunt also deposited some of her money into these accounts to help contribute to the house that was titled in her name. My grandparents contributed to the mortgage and property taxes on a home they didn’t own and there was no rental agreement. My grandmother was also the sole beneficiary on my grandfather’s life insurance policy. As you can see, even seniors with no money have complicated lives. The trail is too intertwined and confusing for a lay person to navigate without the help of a trained professional.

I cleared up the confusion in this Medicaid story for the County caseworker and made my appointment to submit the application. I appeared on May 5, 2013 (Cinco de Mayo) and waited over an hour, aggravated after the case manager informed me that his staff was out celebrating the holiday. My caseworker finally returned from lunch, drunk, yes DRUNK. Thankfully, Eric was with me and handled the matter in an unemotional professional state and answered all the questions I had worked so hard to make clear for this individual.

I am Clelia Pergola, and even though I helped start Goldberg Law Group I realized that my most important lesson was happening in real time – a role reversal – I was just like my clients’ families.